Take a Look at Our Crew

Experience Matters and Our Amazing Crew Has It.
; 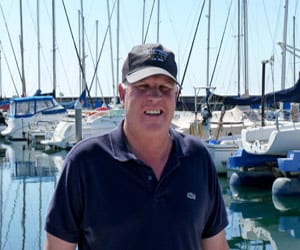 Raised in Santa Barbara, Ken has been sailing since he was three years old. His first experience on the water was with his father, crewing on a Geary 18. Later he raced his own 8′ Sea Shell dinghy (similar to a Sabot) and then made the jump to racing Lasers. At that time he was one of the top 10 picks on the West Coast to train for a week in Lasers at the Squaw Valley Olympic Training Center.
Other Sailing Achievements:
• Competed in Trans Pac (a race from California to Hawaii) five times and raced to Mexico more than 20 times.
• Skippered Team California in the Tour De France Yacht Race.
• Won the MORC West Coast Championships while skippering a J29
• Winner of the MORC North Americans while racing the custom Nelson/Merek 30, Cowboy.
• Won the J24 Pacific Coast Championships helming his own J 24.
• Kenny has raced and won on many 70 foot ultra-lights as well.

Ken is the President and Owner of The Chandlery Yacht Sales. He actively coaches clients in all aspects of sailboat ownership, including cruising, racing, yacht maintenance and upkeep. He is frequently hired to optimize racing boats to achieve their maximum performance within any given class.

In his free time, he enjoys tinkering with his Bertram 31 and being with his family on the water. Kenny can be contacted at kkieding@chandlery.com. 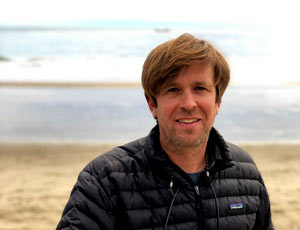 John grew up in Cleveland, Ohio sailing on the Great Lakes. An early memory was hearing the ferry boat horns on the island where his family and he summered, then riding his bike down to the docks to help the old-timers catch the dock lines. His love for the water has never waned.

After completing degrees in geography and environmental science from UC Santa Barbara, John bought a small sailboat and spent two years sailing down the Pacific coast of central and South America. Since then he has captained and crewed on both power and sail vessels ranging from his 8’ sabot to 143-meter research ships. His love of travel by boat and as a delivery captain has brought him too far off ports in Polynesia, Africa, and the entire west coast of North America. John enjoys spending time with his family, playing music with friends, playing in the ocean and…sailing!

John can be contacted at jgill@chandlery.com. 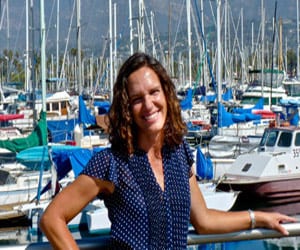 Krista Kieding grew up in Kansas which, remarkably, did not deter her parents from owning and sailing a 16-foot Hobie Cat….albeit on a lake!

Krista made a move from Kansas to California to attend college and graduated from UC Santa Barbara with a degree in Psychology — something she sometimes finds useful in the negotiation phases of the yacht brokerage business. She now brings over 25 years of financial, marketing, customer service, and project management experience to Chandlery Yacht Sales and loves to ensure her clients’ boat buying experience is efficient and enjoyable.

Outside of work, Krista enjoys running, reading, and anything having to do with the ocean. She and Kenny have been married for over 22 years and have two daughters, Paige and Carly. They are delighted to call Santa Barbara home and enjoy all the community has to offer.

Krista can be reached at – krista@chandlery.com 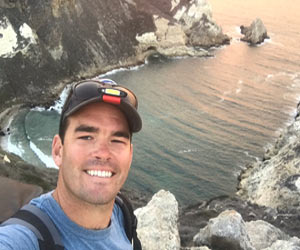 Raised in the hills of southern Oregon, Quincy learned to sail a 16’ Hobie Cat on the high mountain lakes, although the cold winters and the teasing warm climate of the lower latitudes pulled him down to southern  California where he began racing.
After getting his USCG 100ton Master and ASA 201, 203, 204, 205, 214 Instructor license he sailed the coast of Santa Barbara and the outer Channel Islands for a number of years.
The water was still not warm enough for his liking so Quincy made my way to the Hawaiian Islands and captained 65’ catamarans off of the west side of Maui.
Still having the hunger to sail he found myself a position as a skipper for the largest flotilla company in the world: The Yacht Week, where he sailed with 40-100 other yachts through the peppered islands off the coast of Croatia.
The Caribbean was next on the list, where Quincy taught week-long, live-aboard ASA classes, and fell in love with his now fiancé, on distant shoal island.
Quincy topped it all off with a round-trip sail back to the Hawaiian Islands on his family’s Catalina 320.  Just Quincy and his father, dancing around a category five hurricane and surfing the wide-open ocean swell! He then enjoyed a solo crossing back home to Santa Barbara.
Quincy can be reached at qbriscos@chandlery.com. 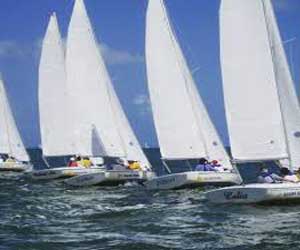 Bill first started sailing with his father on their “snowbird” at 10 years old. Although his Dad didn’t know how to sail, they both watched other sailors until they got the hang of it.

Bill moved to Santa Barbara in late 1971 and discovered a renewed love of sailing. He crewed on the charter vessel the “Swift of Ipswich” and later became 1st mate under Captain Herb Underwood. After graduating from SBCC in 1973 he was accepted at UCSB and was asked by Emerson Smith to assist in teaching the sailing classes. Bill taught sailing for multiple quarters. Some of Bill’s sailing/racing experience includes:

Bill has also delivered multiple boats, both power and sail, to Hawaii, Mexico and various places on the west coast.

An entrepreneurial spirit overcame him in ’83 and he decided to open a sailing school and charter company in Long Beach teaching beginning, intermediate, advanced, cruising and navigation classes as well as racing technique and theory culminating in racing as crew in the Newport to Ensenada Yacht Race.

Many of Bill’s students have gone on to purchase racing and cruising boats. Some have sailed all over the world. As you can tell, Bill brings vast knowledge to our clients, enabling them to achieve their wildest dreams.

Bill can be reached at billybench101@gmail.com. 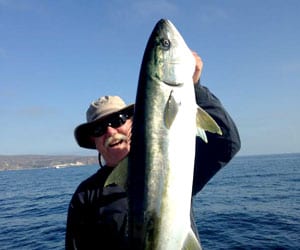 Brian owns several powerboats and two racing sailboats at the moment. He is the 2013 Fleet Champ of the PHRF fleet in a J-22 “Miss Behavin.” Brian’s wife is equally successful in a Harbor 20, “Picante.” 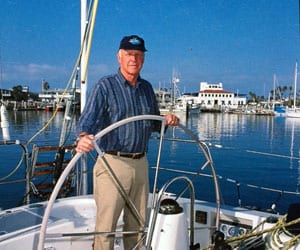 Bob has been a lifelong sailor. He began with racing eight-foot prams at age nine and then on to various one-design and offshore yachts in competition in different countries as well as the U.S. He started working on yachts as a young teenager and went on to become a professional skipper at age 18 and during college at UCSB. In 1977, Bob purchased Santa Barbara’s major ship’s chandlery and went on to found several other retail businesses on the Santa Barbara waterfront. Also, Bob has been involved in many community activities through the years, including:

Bob is now retired but still very active with hiking, woodworking, and spending time with family and friends.